My first *actual* server. “Actual” meaning I’ve had plenty of machines I’ve ran “servers” on or called “server” but this is my first actual data center rack mount server. 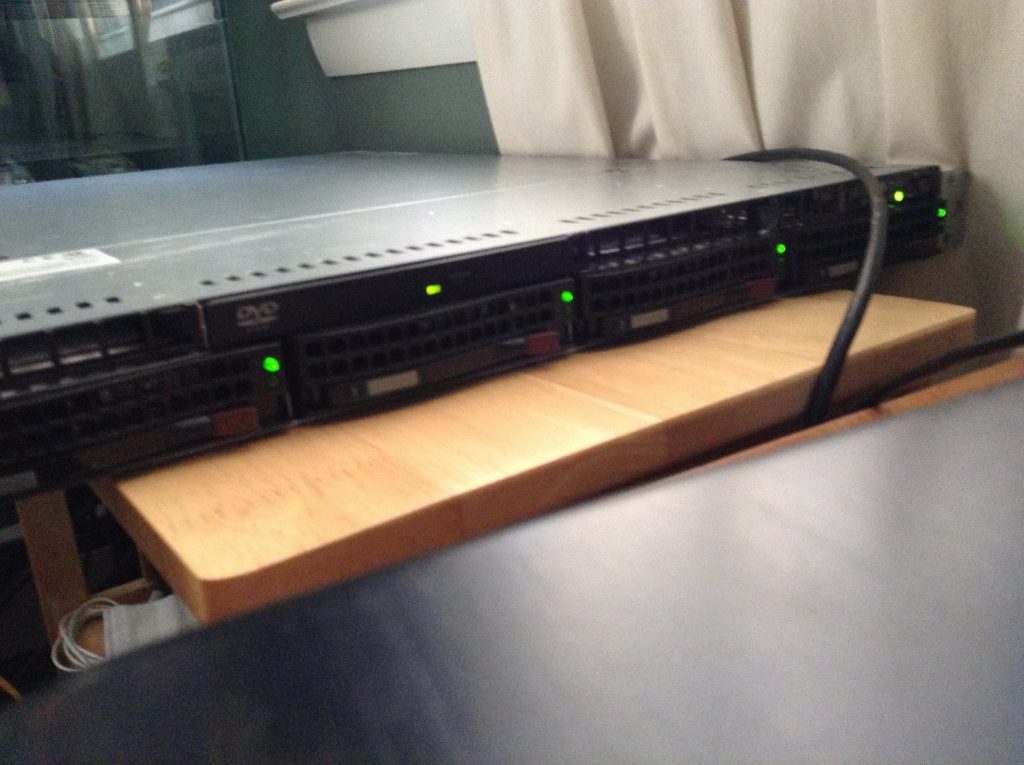 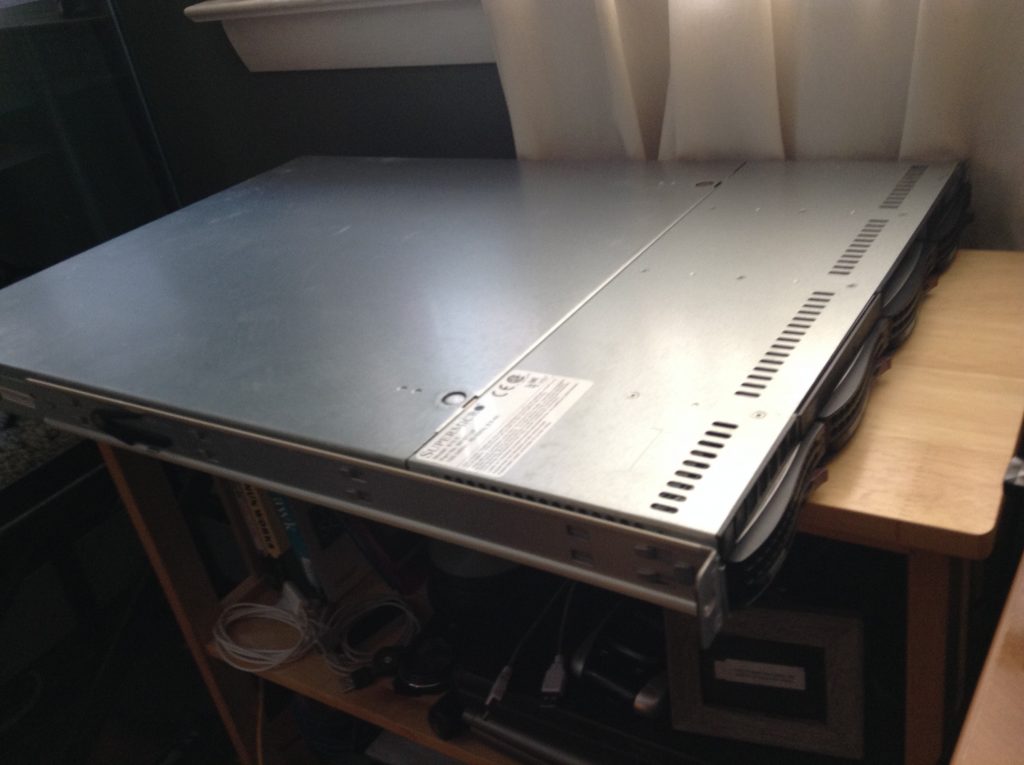 So for the first week or so of having it, it lived on this little shelf next to my desk. That was as short lived as possible. The amount of noise supermicro servers create is insane. To be fair, so is the hardware inside it (for me at least)

This was fun, carrying the ~50lb machine around the house. First through the door to the other side of the house, and later to the basement.

Something I noticed fairly early on is a strange problem where the I/O with the disks would stop working. Sometimes after rebooting, the disks wouldn’t be recognized. Sometimes while running, all I/O requests would fail. I diagnosed this as a heat issue, partly because if left off for a few hours, it would run great for another few hours before having problems again. That raid card apparently doesn’t get enough airflow where it is, so increasing the system fan speed solved the problem.

Something I found after months of using it like this is that the reason my VMs would lock up over time is because you should never have swapfiles on ZFS. Given that this was running VMs, most VMs would end up with swapfiles on their virtual disks. The main OS also had swap, so it was a combination of both that causes VMs to lock up, and eventually I reinstalled to correct the issue.

What I use now is each drive as its own unit. If I recall correctly, it’s something like this.

Now I have another server on top of it, which you can find here.

One thought on “SuperMicro SuperServer 1U”